The time in Corfu is:

Presently, Corfu Butterfly Conservation is an embryonic project but the interest in our work is growing steadily and the rationale for our existence is developing at an unparalleled pace.

On the 10th February 2019 an unprecedented story made the front page of the Guardian news-paper(1) concerning the devastating loss of insect numbers ‘threatening a global collapse of nature’. The article reported on the first planetary wide scientific review(2), which found that “more than 40% of insect species are declining and a third are endangered”. The review also found that Lepidoptera (butterflies & moths), Hymenoptera (ants, bees & wasps) and dung beetles (representatives of the order Coleoptera) were the groups most affected. This report followed an earlier article(3), published in October 2017, which described a more than 75% decline of flying insects in 63 German nature protection areas, over a 27 year period. This was reported in the press as ‘Insectageddon’(4).

Since 1976, the abundance and distribution of butterflies have been monitored in the United Kingdom using a standardised methodology(5). The most recent(6) UK Butterfly Monitoring Scheme annual report (2017) states: that since 1976, butterflies which are either habitat specialists or wider countryside species, show apparent declines of 74% and 46% respectively. Similar trends have been seen in the abundance of larger moths across the UK, which have shown a 28% decline during the 40 year period from 1968 to 2007. Furthermore, trends from the southern half of Britain show total counts of larger moths decreased by 40%(7).

All of these studies underline a serious and chronic depletion of insect species, a phenomenon that has been particularly acute during the last 30 to 40 years (although no reliable surveys were conducted before this period). The main drivers of these changes are habitat loss because of the conversion to intensive agriculture, agro-chemical pollutants, invasive species and climate change(1).

Apart from the aesthetic appeal of the natural world, nature also provides us with a variety of essential ecosystem services and the decline of biodiversity globally is now endangering these essential amenities. At its most fundamental the world’s food supply is under severe threat from biodiversity loss(8).

Butterflies and moths are a vital part of our wildlife heritage and are valuable as sensitive indicators of the health of our environment. So, given that declines in insect abundance and diversity are now to be seen at both the regional and global level, it begs the questions; are similar trends to be found in the Corfiot butterfly communities? And, if so are these butterfly assemblages of Corfu endangered?

What is the status of the Corfiot butterfly Fauna?

To date only one study(9) has attempted an island wide survey on Corfu. This assessed the Corfiot butterfly diversity during a 7-year period at 47 sites, which were broadly distributed throughout the island. The results of this work classified butterflies as either common species or habitat specialists and consequently the latter were associated with specific habitats or regions. In this identification guide, the authors encourage both Corfu residents and visitors to appreciate the butterfly fauna of the island and more generally the biodiversity as a whole.

Recently, there have been two butterfly species reviews for Corfu, the first checklist(10) records 85 species, whilst the more recent(11) records 78 species. Although there are other sporadic records of Corfoit butterfly diversity in the scientific literature, there are no significant records of species abundance. Thus, we cannot say with any certainty that the butterfly communities of the island and their population sizes have changed in any meaningful way.

Now we need to know what the current status of the butterfly abundance and species richness are on the island, so that we are able to monitor changes if and when they occur in the future. Consequently, CBC’s first act in the pursuance of its goals is to start the Corfu Butterfly Survey (CBS).

The Corfu Butterfly Survey is intended to be a collaborative effort to record and map the distribution and seasonal abundances of all Corfiot butterfly species. We hope that you will participate in this endeavour by submitting photographs of the butterflies and their different life stages, as well as the Corfiot landscapes you see them in.

What is the origin of the Corfu Butterfly Survey?

Before the turn of the century, most of what we knew about the butterfly fauna of Corfu was to be found in a few short and obscure scientific articles written by visiting entomologists, who happened to be on family holidays on the island. Although a guide to the butterflies of Corfu was published in 2013, to date no extensive mapping of the island’s different butterfly species has been undertaken.

To foster an interest in the butterflies of Corfu a FaceBook discussion page was set up in April 2014(12). As the page grew in membership, it created a passionate community of butterfly enthusiasts and their contributions have greatly enhanced our understanding of the Corfiot butterfly fauna.

However, after a while it became apparent that if you scrolled back a few months through the FaceBook discussion page, it invariably crashed. Consequently, most of the records we had been posting for the past five years, were unobtainable, lost in the encrypted vaults of the FaceBook servers, probably somewhere in California.

Although FaceBook had helped form our community it became increasingly apparent that we needed a portal that was independent of this third party and slowly we realised that this was our chance to design a website that had the capacity to become a far more powerful tool, one that could map and explore the ecology of the butterflies that we had all found so very interesting.

Anecdotal evidence from contributors to the FaceBook discussion page indicated that many insects, including butterflies and bees suffered from excessive use of insecticides, that were and still are routinely sprayed on the island. The extent of these applications and their impact on the invertebrate life of island remains largely unknown. Furthermore, the effect of other forms of land management is equally indeterminate, for example; how does the regular and often stringent pollarding of the island’s Olive groves affect butterflies? What impact is urban development having? How is habitat fragmentation impacting on species distribution? What impact is climate change having?

No doubt there are many other questions that could be asked of the factors which might negatively or positively affect the butterfly species diversity of the island. So, it was decided that before we could truly evaluate any of these various threats a base line survey needed to be carried out. Consequently, from 1st January 2021 we aim to carry out a five-year survey, culminating on 31st December 2025. Ultimately, we aim to publish the first comprehensive Corfu Butterfly Atlas.

As the rationale for the Corfu Butterfly Atlas became increasingly apparent so did its purpose and with that a mechanism by which that purpose would be executed. Consequently, Corfu Butterfly Conservation (CBC) has come into being, its mission is to conserve the butterflies of Corfu along with their habitats on the island, so they can be enjoyed by everyone, forever.

To date we have seven core aims:

What can you do?

If you are interested in and care about the butterflies of Corfu, you have come to the right website. One way that you can help us with our work is by using this website on a regular basis to record the butterflies that you see in Corfu. By doing so we hope you will become more familiar with the butterfly fauna of Corfu, increasing your own identification skills as a consequence.

Our five-year survey will end on 31st December 2025, the anniversary of Gerald Durrell’s 100th birthday. Please help us celebrate this event with a good news story about Corfu’s wildlife and the wide-ranging elements of the island’s natural heritage that support this biodiversity. 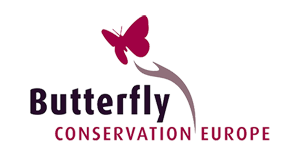 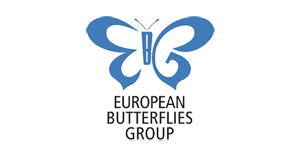 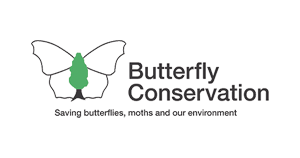 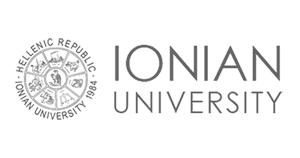